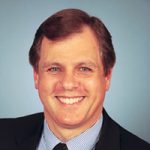 “A man’s greatest attribute is also his greatest fault. It’s like the man told me once, you speak ably and well my boy but occasionally you speak too much.”

As a child Jeff was often told by his teachers and parents that he enjoyed talking so much, that he had better get a job where he got paid to talk. Jeff is now an experienced speaker and author who has been practicing law for over 35 years. Jeff represents clients in workers compensation matters and Minnesota Board of Nursing issues.  He also maintains an active mediation and arbitration practice in workers compensation, employment and other civil litigation matters. Jeff’s speaking and arbitration experience keeps him on the cutting edge of employment issues. He has given numerous speeches at conferences and seminars across the United States and written many articles for magazines such as Minnesota Trial Lawyer and many more.

In Jeff’s free time, that he clearly does not have, he enjoys spending time with his family and traveling.